In addition to the Abbey of St. John in Müstair, the surrounding landscape is also on the UNESCO heritage list. There are many eventful tourist packages on offer in the biosphere, whose partners cater for their guests with delicious local specialities and produce.

You will be staying in the delightful village of Pontresina, just outside St Moritz and an excellent location to get to the Convent of St John and the National Park. 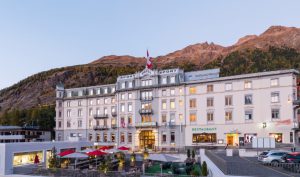 Sweet-smelling pine and larch forests surround the resort and spa town of Pontresina. It’s based at 1,820m in the highest side valley of the Upper Engadine. The long drawn-out village is a popular centre for sports and culture. 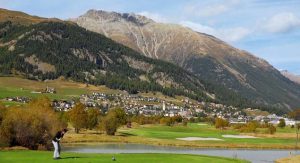 Pontresina enjoys a south-west facing terrace just 7 kms from St. Moritz. The first hotels for guests were built as early as the 19th century. The resort has a great architectural blend of fine old Engadine houses with their typical decorated walls from the 17/18th centuries and the elegant hotels in Belle Époque style. A modern conference centre completes the village’s infras­tructure. 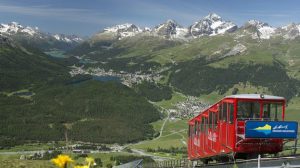 580 kilometers of hiking trails open the impressive mountain world up to the highest peaks in the eastern Alps, the Piz Palü and the Piz Bernina. They lead to attractive destinations such as the romantic wilderness of Val Roseg and the panoramic mountain Muottas Muragl, which offers a breathtaking view over the entire lake district. 400 kilometers of bike paths, a fixed rope park, two exciting Via Ferrata routes, a modern congress and cultural center and a lively new adventure pool complement the variety of scenic impressions.

Close by – Samedan and (of course) St Moritz

•Old St. Peter Parish Church – romanesque tower, around 1200, chancel from 1491, Gothic aisle from 1492. •Ref. Parish Church in the square – built in 1771, trapezium shaped aisle, tower restored in 1966 and 1999 and described as the most exquisite in Graubünden. •Plantahaus (The Planta House) – manor house of the Salis family (northern part around 1600, extension of southern part around 1760). The Plantahaus is now owned by the Fundaziun de Planta Samedan and has a valuable Romanesque library. •Tower Block (Surtour) of the former Lords of Samedan – was built after 1110 and later served as a prison with built-in cells 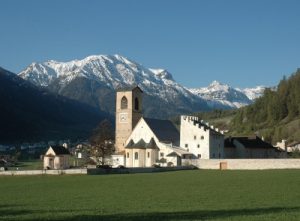 The nuns open their doors

Founded as a monastery by Charlemagne in the 8th century and later converted into a convent, this complex exhibits many architectural styles as well as artistic treasures from more than 12 centuries, delighting not only archaeologists and art historians. To this day, the convent is home to a community of nuns who live according to the Benedictine ideal of prayer and work. 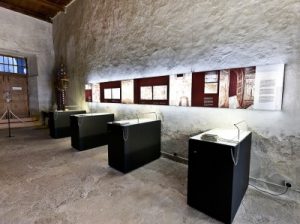 This is a treasure to behold. Set in a delightful village, the Convent of St John houses some amazing frescos from a bygone era. With your Flexi pass you get FREE entrance and a FREE Museum guide. 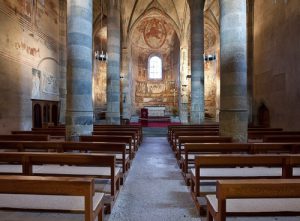 This is a prime example and no wonder it is a UNESCO World heritage site!

Life in the ‘UNESCO Biosfera Engiadina Val Müstair’ has always been at one with nature: this valley is only accessible via the Ofen Pass from the remainder of Switzerland. Everyday life here is accordingly quiet and secluded. It is characterised by traditional villagescapes, an inviting terrain and, thanks to the southern aspect of the valley, a pleasant, mild sunny climate.

The river Rom flows through this idyll, from its source in Tschierv, right to the Italian border and beyond. The themed trail along its banks passes across escarpments and old meadows inhabited by elves and takes in the splendour of fen Alpine flowers. 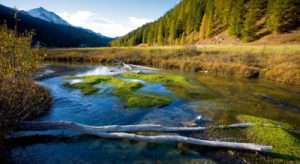 Why not take the opportunity to jump off the PTT bus and stroll through the magnicent National Park, getting back on whenever you feel like it, on your way back to Samedan – you get UNLIMITED travel on that day, so pop into St
Moritz!

Our UNESCO World Heritage breaks are very flexible You choose how you travel – and where from!

If you wish to fly, we can assist you with scheduled flights from most airports to Basel, Geneva & Zurich.

With SWISS, you get free baggage allowance, drinks, food, on-line check-in
and they fly from London Heathrow, London City, Birmingham and Manchester.

If you prefer, you are welcome to use one of the Low Cost Base Airlines, such as EasyJet who fly from 12 regional airports to Switzerland, so we should be able to find a good value flight for you!

If you fly we also include a 3-day Flexi Pass offering you 3 days of your choice of unlimited travel on Swiss Travel System!

If you wish to drive, we can include heavily discounted cross-Channel Ferries & Eurotunnel.

We have an excellent range of hotels in Pontresina waiting for you, with great restaurants (half-board available) and cosy bars, some with amazing spas, right in the centre close to the train station. An excellent base to explore the Convent and National Park